According to him, some of the more salient features of successful entrepreneurs in Texas and elsewhere include, of course, a person that has passion and an unwavering fear of taking a leap. This professor also says that all successful entrepreneurs must maintain a sense of balancing that passion with their business savvy. This means that an entrepreneur must have a keen sense of being able to look at the bigger picture as well as the immediate needs of a company.

Further, an owner of a company needs to remain flexible at all times in an effort to constantly readjust to new information. This means that all business owners need to remain alert for information regarding trademarks, contracts, their employees and the possibility of a merger or acquisition.

Part of being a successful business owner is also knowing when to trust experts in fields outside of an individual’s passions and skill. A successful business also takes the detailing of solid contracts between partners, vendors and all other parties in which a company is entering into an agreement.

These details can be less exciting for many business owners but no less crucial to the health of their business. Accordingly, retaining an experienced business law attorney can protect all aspects of a company in Texas’ interest. An attorney can assist with everything from contracts to protecting intellectual property to being a fierce advocate when faced with litigation in a dispute.

Entrepreneurial drive and willingness to take risks are often regarded by Texas residents as characteristic of younger workers. A recent study, however, refutes this myth and shows that the baby boomer generation defines itself by its entrepreneurial spirit and tolerance for taking risks. This entrepreneurial spirit is evidenced by the increasing number of baby boomers who are ending one career and starting another by launching a new business formation.

While financial stability and business experience provide a cushion of sorts to baby boomers starting a new business or engaging in other entrepreneurial activities, it is the establishment of a network of business contacts that may be the most valuable. Learning from and relying on another’s expertise may be able to ease the growing pains of a start-up venture. In particular, a relationship with an experienced business law attorney may be able to increase the odds of entrepreneurial success and reduce some of the risk associated with start-up ventures.

In a press release, Avnet, Inc. declared its intention to expand by acquiring shares in RTI Holdings Ltd. The deal will also give Avnet shares in a trio of other affiliated firms, namely DSP Solutions Limited. The RTI affiliates provide services such as circuit design and product manufacturing, and their acquisition is internally forecasted to increase Avnet’s overall earnings and boost the capabilities of Avnet Electronics Marketing.

Although the share-buying transaction is supposed to close within 30 days following the initial announcement, it first had to earn numerous regulatory approvals. Avnet officials claim that the business formation deal ought to support the firm’s 12.5 percent return on capital goal and allow it to expand into new markets.

Because this acquisition is to be accomplished by purchasing shares, however, it may not affect the transfer of related intellectual properties. Patents and trademarks that are not currently owned solely by RTI or one of its affiliates may have to be dealt with on an individual basis for Avnet to take advantage of them. This business formation will also have a direct effect on the firm’s ability to garner investments by selling securities. Even though the Securities Act of 1933 doesn’t require the firm to update the forward-looking statements contained in the press release, investors may view the wide range of factors inherent in the deal as reason not to buy in.

It’s critical to plan business formation and acquisitions in order to present the resulting organizations as viable entities and gain financial support. As a result, many firms seek the assistance of attorneys who could help them structure their deals for the maximum profitability. 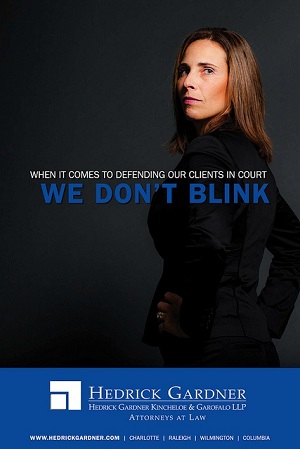